Mission Statement
The A.N.D.Y. card foundation seeks to make the public aware that cell phones are not to be used as the only source of emergency contact in the case of an emergency.

•Our goal over the next five years is to have A.N.D.Y. cards available in 25 states for the drivers and passengers of America.

Goals
By end of 2nd quarter

•Have at least 3 sponsors

•Put together packets and informational brochures

Goals
By end of 3rd quarter 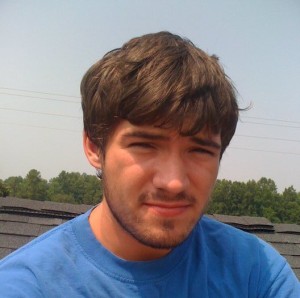 Our inspiration for this foundation is our youngest child AndyOn November 11, 2010 Andy was on his way to college when a man crossed the center line and hit him head on.  It took 45 minutes for the EMT workers to cut Andy out of his car.  Andy was then flown to a trauma hospital and went through several surgeries.  During this time the State Troopers ran the tag number on Andy’s car which took them to our house where no one was home.  We were all at work.  Andy’s wreck happened at 8:35 and we arrived at the hospital after 2:00 pm due to not knowing about the wreck.  Andy had phone numbers in his phone which was crushed in the wreck.They took Andy off the ventilator on November 12, 2010.  We regret that we could not be with our child when he needed us most.  We are so thankful for all the emergency workers that were with our child but, we wish we could have been there when he was alert and trapped in the car.  We don’t ever want another parent to go through this.  Everyone should have contacts that are NOT only on their phone.Now I would like to tell you a little about our family.  First there is Andy our baby boy.  He was 20 when he was killed.Andy loved adventures – big and small. He loved to go new places, to do new things and to launch off anything with a drop –a half pipe or a railing. He always wanted to challenge himself with something new – you name it, he wanted to do it.He was a young man with a wisdom and maturity that so far exceeded his age that he surprised each person he met. Andy saw beauty in everyone and everything. He learned to be a deeply compassionate, thoughtful young man with a wicked wit, a winning smile and the world’s best hugs. Most of all, he lived his life with such joy. We are very sad to lose one of the best friends we will ever know, but are thankful for his memory, his inspiration and the light he brought to the world.Andy has a brother Mark Jr.  He is a very wonderful young man who tries to take care of me and his dad.  Mark is a college student, loves to work on cars and is very close to his friends.  Andy always tried to follow Mark Jr. around he thought it was so cool to hang out with his brother.  Mark Jr. gave Andy his first skateboard which set the trend for his passion of skateboarding and filming skateboarding.Andy has a sister Amber.  She is a nurse and always took care of Andy.  They fought with each other but when he needed care from one of his many skateboard falls, she was the one who bandaged him and made him comfortable.  Andy and Amber were close not only in age but in life.  Amber is very protective over her brothers.Friends that’s a big word when you use Andy and friends together.  Andy had so many friends, girls and boys.  He didn’t care who you were he got along with everybody.  Andy has many wonderful friends.  They have been a big support to our family.  We know that whenever we are doing something they will be right there willing to pitch in and help.  You don’t really know how many wonderful friends your children have.